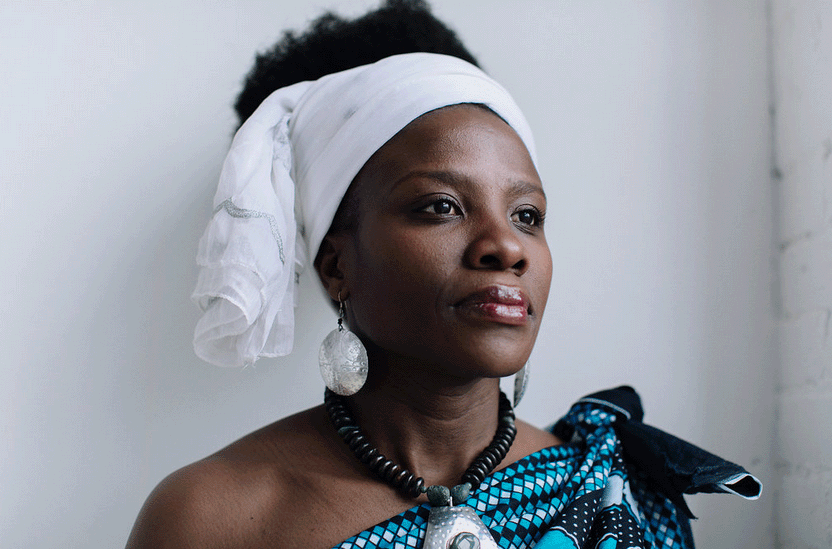 Tina is a singer/songwriter who was born and raised in Bukoba, Tanzania.  As a child, Tina would sing lullabies to her doll such as Chwi chwi chwi (one of the tracks on her third  album) which was commonly sung by mothers to put their babies to sleep. She later went on to join the church choir and school choirs.  She migrated to the United States to pursue her college education.

"I put my passion for music on hold for several years in search of the American dream like many people do upon completing college education. However, a burning desire to one day resume my singing was always in my subconscious urging me to never give up on my passion. I eventually yielded to that inner voice and started singing again and recording in 2010."

In September 2010 Tina traveled to Maryland to witness a close friend release her first Music CD and experienced an  ‘AHA’ moment realizing that she too, could really put her passion for music into gear and take it to the next level. She approached her friend's producer and spoke to him about a possibility of recording a song or two to "test her vocals."  He agreed to take her on and the rest is music.

Tina Kakolaki performs African dance and plays a variety of African drums. She is also an "aspiring" guitarist.

Tina's goal is to use music as a platform to share her culture and heritage, to educate, inspire and entertain.

"We live in a world where technology is gaining momentum while culture is getting less and less attention. My music keeps the African cultural values alive through three languages (Kihaya, Kiswahili and English). Let us not forget our roots."

Her music is available here, on ITunes and cdbaby.com.

You can also tune in at www.ghanabeatsradio.com every Tuesday from 6:00 pm to 7:00 pm to hear a live broadcast of Tina's Kiswahili/English program –The Native Voice/Sauti ya Kwetu.

Tina currently resides in Connecticut. She often travels to Tanzania to visit family and for non-profit work for Project Tanzania Partnership, Inc. (www.projecttanzaniapartnership.org ).